We spent four nights in the Masai Mara while staying at Sentinel Mara Camp, located on the Mara River just west of the Musiara airstrip. One of the great things about Sentinel is their placement in the riverine forest ecosystem which provides (relatively) easy viewing for species otherwise tough to find should one stay elsewhere. Within minutes I was able to call and locate the Schalows turacos, black and white casqued hornbills, the Narina trogon (after calling back and forth with it, it was finally seen by a number of the camp staff not two minutes after I left for a drive), woodland kingfishers, African eagles, and a single Levaillant’s cuckoo…mind you, this was within our first hour of arriving. 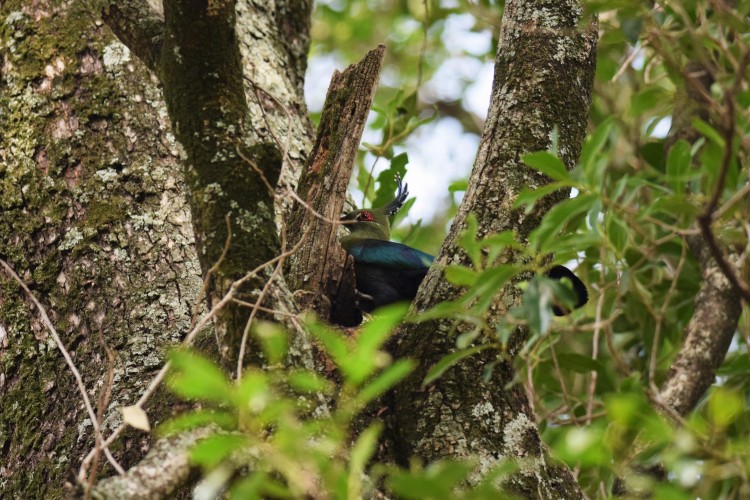 We embarked on our first game drive around the musiara swamp and encountered lion, buffalo, and elephant within minutes. The great migration had not yet arrived to the northern side of the Mara. However, a smaller migration from the Loita Hills was present. We found a good number of African wattled lapwings amongst the more common spur-winged lapwing one was guarding an egg.

Lapwing guarding its egg. Can you see it?

As we made our way around the various pools and marshes, black herons, yellow billed storks, courting rufous-bellied herons, African spoonbills, malachite kingfishers, marabou storks, and Adbims storks were recorded. A white-browed coucal was loudly and fiercely defending its territory from any unwanted visitors.

As we concluded the “water tour”, we ventured south just a bit to find a large herd of ellies grazing in the long grasses. This group of at least 30 individuals made the perfect company for sundowners, and a highlight was watching the youth play. As we made our way back to camp, we stumbled upon our first lilac breasted roller and grey crowned cranes (with chicks in tow).

The following morning we went out early with a packed breakfast so that we could make the long journey to cheetah country. But along the way, we encountered lions fighting off hyenas for a kill the hyenas made! What a role reversal. We saw our only saddle billed stork (a lifer for me), which was a female much to my delight because of the yellow eye. As we continued, a group of four southern ground hornbills were right next to the road. These guys are a real treat and are very endangered due to the length of time it take to rear an egg. It can be as long as nine years between hatchings.

Finally, we spotted Malaika with four juveniles lounging under the shade of a scrub bush atop a mound. After taking breakfast in the vehicle while enjoying the cats, we slowly returned to the musiara area but not before seeing three secretary birds, four ostrich, a Kori bustard, superb starlings, and red and yellow-billed oxpeckers benefiting from the large herds of zebra, topi, eland, Grant’s and Thompson’s gazelles, and wildebeests.

Our evening drive was more subdued as we were a bit dogged from our long morning (which became afternoon while still in the vehicle). We meandered around the swamp once more enjoying hippos, crocs, fish eagles, and lions. The birding moments included a group of little bee-eaters, a woodland Kingfisher, and wooly necked storks. 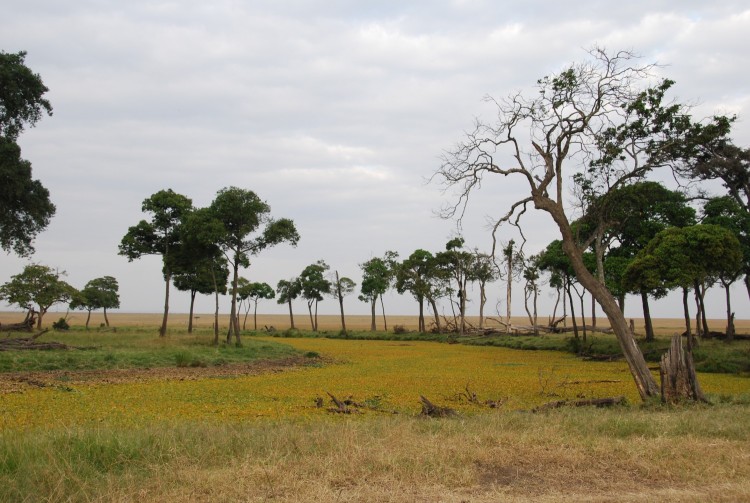 The next few days had very little of note in the way of birds. These days were focused on the great migration crossing the Mara River just inside the southern edge of the park and seeking out a leopard (which was unsuccessful). Seeing the migration in person is a must! This spectacle is breathtaking, immense, noisy, disgusting (at times), and exhilarating. 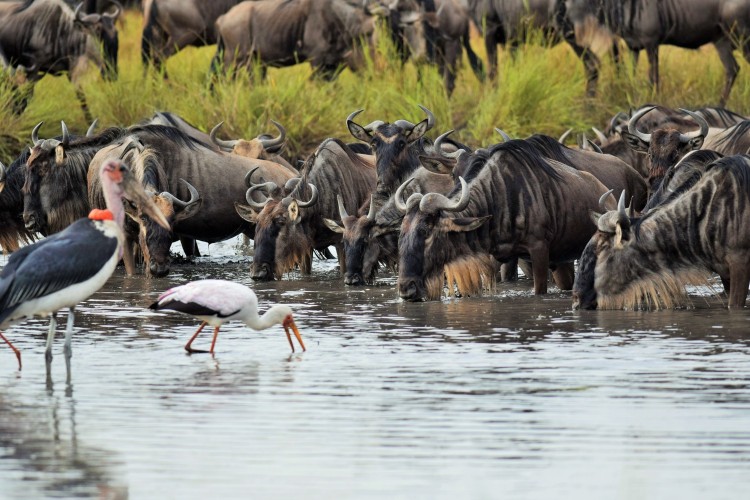 Seeking the stragglers struggle in the water, be swept downstream into the clutches of the crocs, and pulled underwater is tough to watch, and we were all rather somber. On the other hand, watching a hippo slip down an embankment and squish a young wildebeest was met with audible moans and gasps. In the wake of the migrating masses were the casualties which from Lookout Hill could be seen by the hoarding white headed, white backed, and Ruppells vultures. Surprisingly, absent were the lappet faced vultures, but we learned they were still in the Mara North Conservancy enjoying the spoils of the Loita Hill herds. Black backed and side striped jackals were also around along with very playful bat eared foxes. Some final birding notes were the Shelley’s, Coqui and Hildebrandt’s Francolins and a family of Common Button Quail with the hatchlings following close behind.

All in all it was a wonderful trip, and once again, the Mara and Sentinel did not disappoint. We look forward to returning. 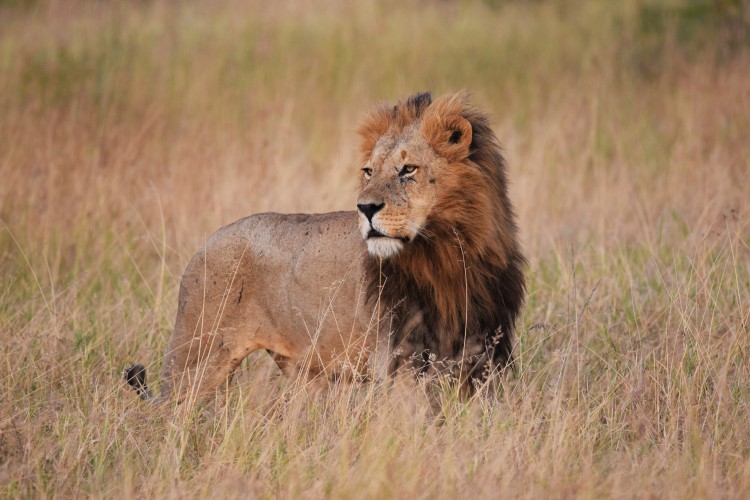 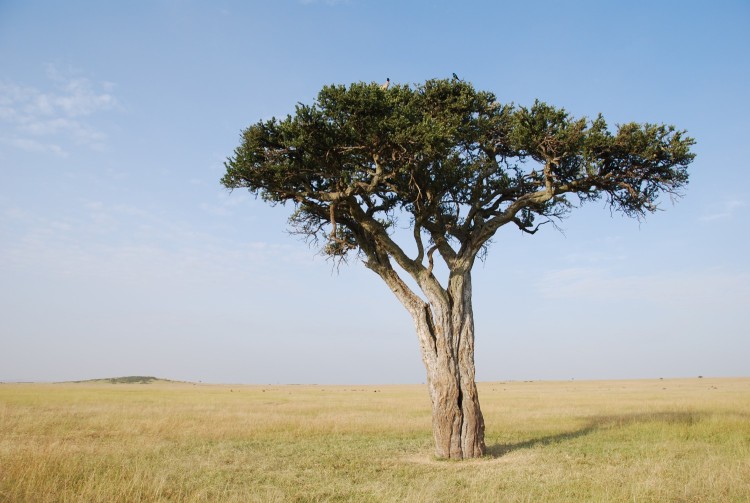 Overall, this trip was a bit lackluster. There were some very good moments, but they lacked the punch this park has become famous for. The flamingos were gone! We eventually found a distant flock of about 150 (mixed greater and lesser), but this really left us wanting. It is to be acknowledged that we came during breeding season so many were in Tanzania’s Lake Natron. But the high water levels due to deforestation and geological changes has really dampened the value of this national park.

That being said, it was still a very enjoyable day. Immediately past the gate we were greeting by at least 15 jumping Jackson’s widowbirds and a good number of yellow bishops in full breading plumage. We spent time with a very accommodating African hoopoe, saw a large flock of helmetshrikes with a few pure grey-crested helmetshrikes (as evidenced by the lack of a yellow eye wattle), and observed many species of waterfowl. The white and pink backed pelicans were here in force, and when a shower moved across the lake their ascent was quite a sight to behold. We also had great game viewing of the rare Rothschild giraffe, a distant black rhino with a baby, and multitude of buffalo (too many, in my opinion). KWS really needs to review their policy on culling, or it will lose the precious balance of appropriate concentrations of herbivores and carnivores. 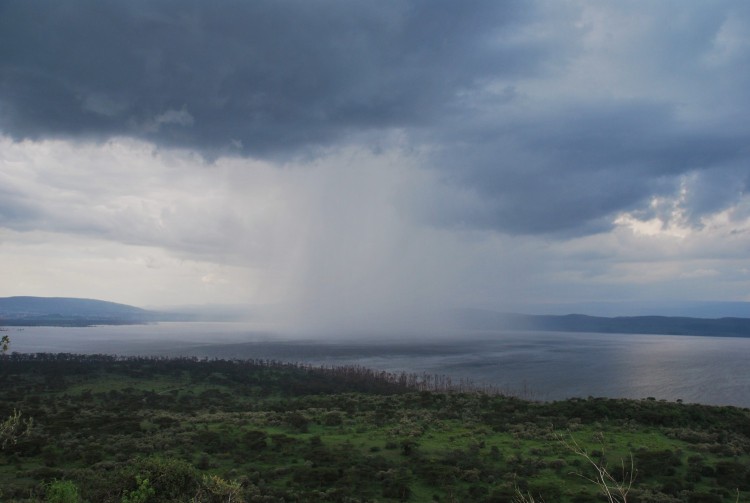 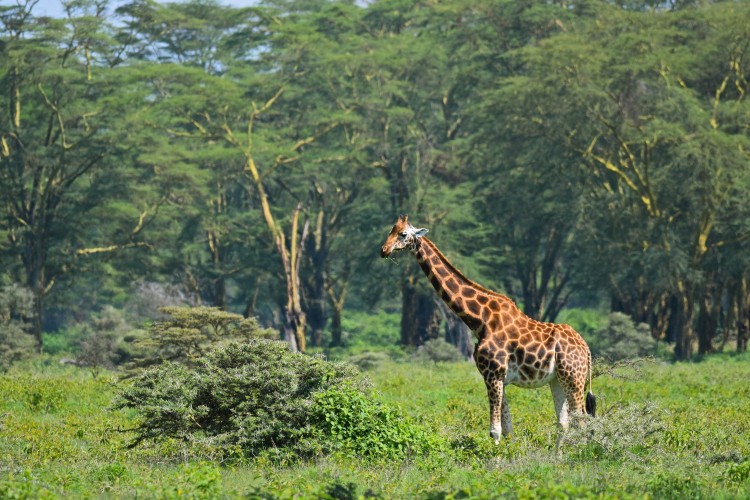 For my money, the best moment in Nakuru was not experienced inside the park. A friend and guide based in Lake Baringo named Francis grew up in Nakuru and clued me into where I might find white throated bee-eaters. Hopping on a motorbike, I made my way over to the location and after about 30 minutes found a breeding colony of at least 200 of these colorful and gregarious birds. I could not believe it…seriously. I always enjoy seeing adult bee-eaters teaching their young to navigate and hunt quick flying insects. Additionally, red headed queleas were all around in full breeding attire, and the chippy calls of male bishops would drive them off. The relatively bland experience inside the park was soon forgotten in light of this great viewing all by myself. 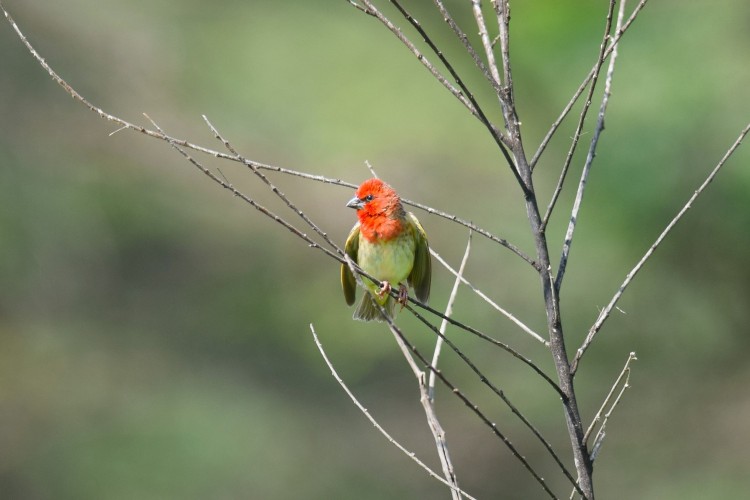